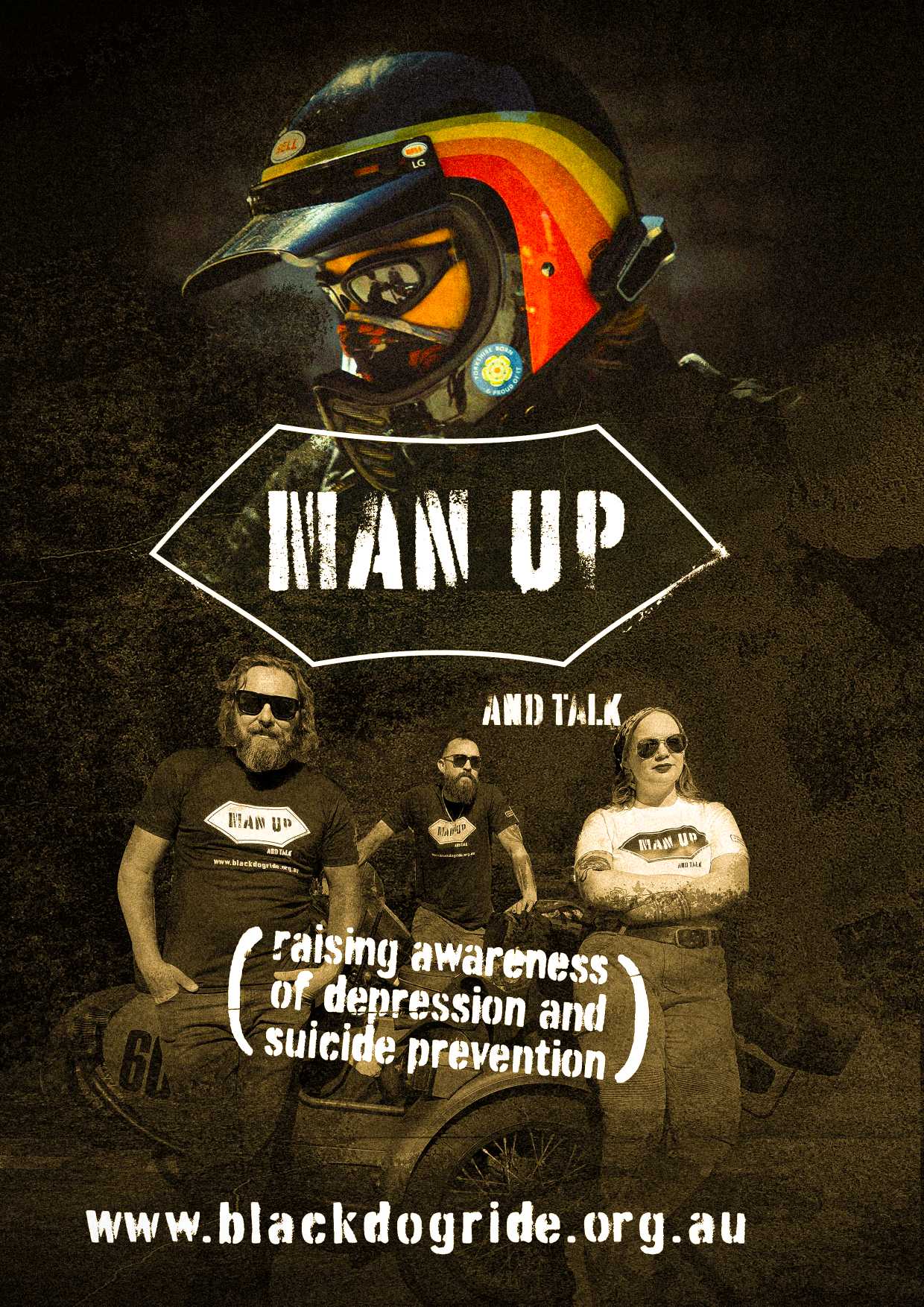 Continuing his work to raise awareness of Men’s Mental Health issues, dental entrepreneur and Managing Director of Integrated Dental Marketing, Carl Burroughs has launched a range of charity T-Shirts adorned with the phrase ‘Man Up and Talk’. This collection of male and female t-shirts has been very kindly donated by Infectious Clothing, which means 100% of the money raised will be donated to the Black Dog Institute and the Movember Foundation.

The Black Dog Institute was founded in 1985 as the ‘Mood Disorders Unit’ at the Prince Henry Hospital in Sydney. The institute is at the forefront of mental health research, which includes suicide prevention. Today suicide is the leading cause of death among people in Australia, aged between 15 – 44, and in the past 12 months has accounted for more than three times the number of deaths in Australia than the whole of the COVID-19 pandemic. According to the statistics from WHO, Australia has one of the highest rates of suicide in the western world, 17 male deaths for every 100,000, compared to 10 in the UK. The work The Black Dog Institute does is vital to help us understand mental health issues and finding ways to improve men’s overall mental health.

The idea of the Movember Foundation was born in a pub in Melbourne by two mates Travis Garone and Luke Slattery over a beer, back in 2003. Since then, they have raised over one billion dollars and have funded over 1,250 men’s health projects and have become a global phenomenon. More than just fund projects, Movember has truly put men’s health in the spotlight as millions of people grow moustaches in November each year and in doing so, starts millions of conversations about what has been a taboo subject for centuries.

Carl’s idea with his ‘Man Up and Talk’ slogan is to turn the phrase ‘Man Up’, on its head. I think most men would have been told to ‘Man Up’ at some point in their childhood, maybe by their father, school teacher or a workmate. The phrase ‘Man Up’ shames a person into suppressing their feelings, playing directly into the existing male culture of not expressing how they feel, which as we all know, exacerbates mental health issues. Carl like millions of men around the world, wants to break this code of silence and get men to open up more. The male suicide rate in Australia is 400% higher than the female rate and although there are many factors at play, the male’s stoic stance towards life is recognised as a leading cause of depression and ultimately suicide.

If you would like one of Carl’s awareness t-shirts, just send him an email and he will do the rest. The sizes range from XS to XXL in both male and female styles and in a choice of either black or white. They are $30 each, which includes posting and packaging 100% of the money (including the cost of postage, Carl is donating) will go to the Black Dog Institute and the Movember Foundation equally.

For a t-shirt Contact, Carl at carl@idm.com.au or you can donate directly to the Black Dog Institute – https://donate.blackdoginstitute.org.au/. If this article has brought up any personal issues, then please contact lifeline 13 11 14.

To the next level